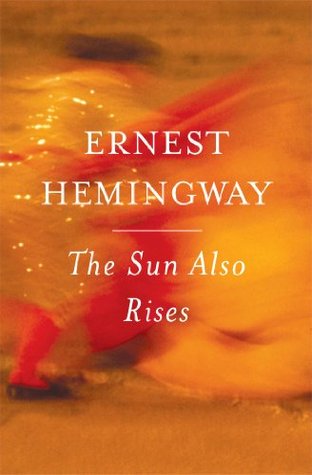 I enjoyed The Sun Also Rises but I can’t really can’t point to any one feature of the book that made it outstanding. It’s more of a gestalt feeling that raises The Sun Also Rises above any number of other books with similar stories to tell. The book is well written and justly famous for Ernest Hemingway’s clear and concise prose. The greatness of the plot is harder to pin down.

I think the most important characteristic of The Sun Also Rises is empathy. I was drawn in because I found myself empathizing with the characters on two sides of the love triangle (more like a hexagon) that is at the center of the book. I have, at various times, played the role of ‘best friend who will never be a lover’ and the lost puppy being lead around, ultimately to be left behind when something new comes along. All of the characters in the love triangle are archetypal caricatures that most of us can relate to, at least most of us who have felt the bitter sweetness of love.

I did notice that while The Sun Also Rises is famous for it’s depiction of bull fights and the running of the bulls in Pamplona these events are only briefly described and are almost not described. It reminds me of how famous the white whale of Moby Dick [confusion.cc] is despite the fact that the whale manages to appear on only a few pages of the novel.