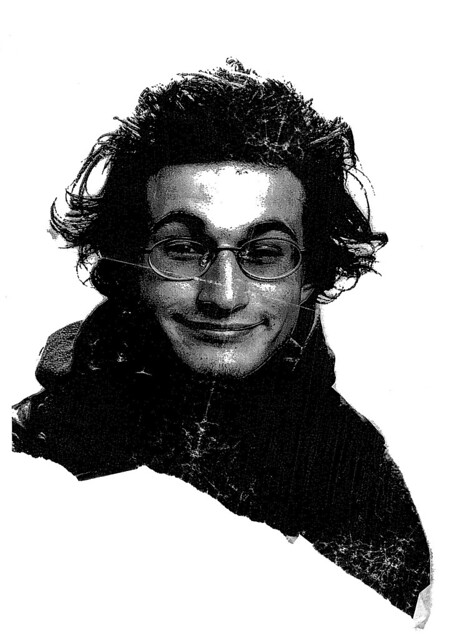 Early in 2001 when I was in Paris, with my then girlfriend and another friend of hers, I was introduced to a very strange man my now-ex had met on a previous visit to the city of lights. A Basque man who spoke close to an infinite number of languages. Most of the time we spent with this man my one-time girlfriend engaged in a halting language hopping dialog with him mostly to my total exclusion. Language hopping because she partially spoke a few languages but had trouble carrying on long conversations in any one… so every time the conversation got to an idea which she could not express in the language she was speaking she switched language.

Normally this would not be an issue I’m not a jealous person so I didn’t care that she was talking to a friend, male or not. But at the time our relationship was a bit strained for other reasons. So spending time with this starving artist guy living the free life in Paris was hardly what I wanted to do while in Paris with the girl I was dating. Funny thing is my main rival for her affection when not in Paris was the other guy who was following us around… had in fact followed us all the way to Paris! When I said friend above I was being nice. To make the story short: I won that round… and lost another one nine months later—to a German. But c’est la vie, that’s not important to this story.

I must also stress that this man was responsible in a single week for me seeing the two worst movies I have ever paid to see. The one about the cow wedding [confusion.cc] and Santa Sangre [imdb.com]. Santa Sangre was an ice pick lobotomy of a bad trip, nothing more to say.

Now, I relived these memories and I told you that story so I could tell you this one…

About 7 or so months later I was in Paris again. I saw off my still-but-not-for-much-longer girlfriend from the Gare de L’est and walked to Gare du Nord to catch my train. Along the short walk I was accosted by the visage of that cunning linguist! Only there were multiple copies of him! In black and white and plastered all over the alley wall! In A4 glory a photo of this man who sent me to see cows wed and armless circus mothers go on murderous rampages glared out from an alley wall. Off to the side the patrons of an overflowing pub laughed in drunken French. It was more than my fragile little mind could take…

So I ripped one of the photos off the wall as best I could and ran to catch my train back to London. The picture had no words, no catchy slogan, no sinister phone number, nothing. Just a photo of this man smiling with his down-and-out artists hair and tiny spectacles. Grinning. Sinister.

I later showed the picture to a friend that also new this man. They agreed that it was him, without a doubt. But we could never figure out why. Why was he in the pictures? Why were the pictures all over the walls near Gare du Nord? What was the meaning of it all.

So I’ve had this torn-from-the-wall picture in a box for years. I find now that I like the picture. Not because of the association with a relationship that ended badly, or because of the scars he caused with his movie selection but because it’s an interesting picture. Like random graffiti that only has meaning to those in the know but which still strikes the blissful passer by as genuine good art. I like it. But I still have to ask “who is the man in the picture?”