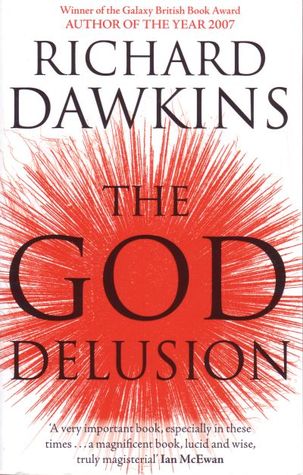 The God Delusion is a good book. It is a bit too hostile for me at some points but Richard Dawkins [wikipedia.org] spends a chapter of the book on why he is so hostile and his position is well thought out and researched (the opposite of religion, which is what he is arguing against)

Being an Atheist I agree with almost everything Dawkins says in the book, even if some of his conclusions make me uncomfortable. Mostly I feel uncomfortable with is idea that society and we as individuals should not respect others religion and religious customs. His logic as to why we should not respect others religious beliefs and practices and his evidence to support this is convincing to me but I have a lot of good friends who have various religious beliefs and I don’t find it hard or inconvenient to respect those beliefs.

I think there are two reasons I am uncomfortable with this central point made by Dawkins in the book:

My second objection to Dawkins’ lack of respect of peoples religion is that as a vegetarian I want others to respect my choice not to eat meat and not to use leather or other animal products. I am happy to debate this point with others, but I don’t want to force my beliefs on others. I prefer Ghandi’s ideal that ‘you must be the change you wish to see in the world.’

Dawkins does point out that (western, liberal) society has a special ‘respect’ for religion outside of how it deals with other personal choices and that this is wrong because many of the choices people are vocally disrespectful of they disagree with because of their religious choice. We allow these people their ravings not because of our belief in free speech but because of our belief that it is automatically wrong to criticize a religious belief. This point, backed up by examples in the book makes it difficult to disagree with the idea we should challenge and be hostile to religious belief. This all scares me that there is some sort of Secular Inquisition or Anti-religious Revolution (descended from the French Revolution) foreshadowed in Dawkins’s book. If the western, liberal world embraces Dawkins’s ideas there will be no debating a clash of civilizations. It would be a fact of dealing with any group that defined itself by it’s religion.

I learned a good deal from the book and found it well written and engaging. The fact that the conclusions make me uncomfortable does not imply the book has a problem but that I need to consider my own stance more so I can be comfortable either agreeing or disagreeing. A good book that should be read by a great number or people both those inclined to agree and those who reject it’s basic assumptions outright.

2 replies on “The God Delusion”

As a vegan atheist I found no problems with The God Delusion in respect to my eating habits.

I don’t think Dawkins is saying we should not respect people’s beliefs, only those that can not be examined in an impartial way and judged whether they are dogma or evidence based.

Dawkins is not a vegetarian but I would be surprised if he lumps vegetarianism in with the same mind set as Catholicism etc. The claims made by vegetarians for why they follow an animal free diet (health, environmental and compassion) have plenty of evidence to demonstrate that such concerns are neither irrational or pointless.

It’s not that I believe that Dawkins would not respect my choice to be a vegetarian, and I am open to debating that choice. What put me off a bit in the book was the level of hostility Dawkins attacks religious beliefs with. I would not want a meat crazed Akin’s diet apostle to attack my vegetarianism with the same level of open hatred and hostility not because it would hurt my feelings or I can’t defend that choice or because I am not comfortable with it and it’s consequences. I would not want to deal with the attach because that person is not worth dealing with at all, they are not open to new ideas or debate. This is of course the very problem in dealing with religion — it’s incapable of evolving it’s beliefs and systems — change is anathama to religions.

I agree 100% with Dawkins’ belief that we should be able to openly talk about and debate religion and religious beliefs without all the politically correct dancing around our own views for fear of hurting someone else’s feelings. In the book Dawkins seems to be going out of his way to hurt peoples feelings which is swinging the pendulum too far the other way for me. Perhaps it is what is needed to reset the status quo but I’m uncomfortable standing behind Dawkins and saying ‘this is how we should all act,’ based on his attitude in the book. I see it as evidence that he is in part practicing something too similar to what fundamentalist religious zealots believe and practice. Dawkins’ goal is, in my opinion, a worthy one, one I hope comes to pass in my lifetime though I hold out little hope. I’m just not willing to say that the ends justify the attitude yet.

To be honest I find Dawkins must easier to listen to (see for instance his talks on TED [ted.com], here talking about atheism [ted.com] and here on the strangeness of science [ted.com]) than to read. Maybe the hostility came across too close as hate in the book when you don’t have the polite British accent.