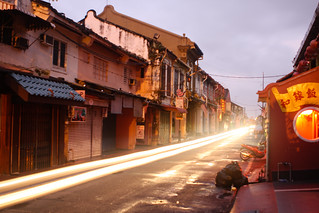 I have visited Malacca [wikipedia.org] before but only took a few photos, because I was only there for a few hours. This time I was there overnight but I still didn’t have time to explore much other then the Chinese district and Stadthuys Square [wikipedia.org]. The problem is the drive up and back takes so long. I don’t think exploring Malacca should take more than a couple of days but that means staying a few nights when you factor in the drive and the oppressive sun and heat. Anyway, maybe I’ll make it back one day. 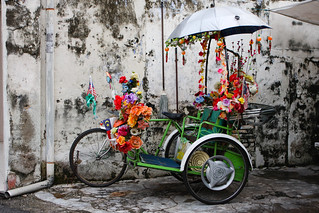 Malacca’s Chinatown, if you can call it that, fascinates me because it is what Singapore was or would be if not for the Singapore Governments intervention. The Peranakan culture filling the falling-down, left-over colonial era “Shophouses” [wikipedia.org]. On almost everything that could count the modernized Singapore has Malacca beat, but Malacca does retain an air of history which Singapore has lost with the leveling and fixing-up of the shophouses.