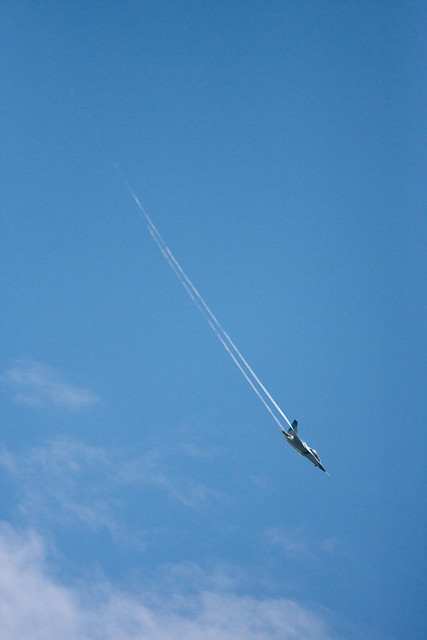 Photo of an Alenia Aermacchi M-346 Master [wikipedia.org] taken from the Changi Ferry Terminal during the Singapore Airshow 2010. Not much of an airshow really, only a few flight demos, and no aerobatics at all. Unless you call standing an Apache on it’s nose for a few seconds aerobatics. N** took a lot more [nirsinay.com], ’cause he actually paid to go into the exhibit.

There are a few more photos in the 2010 Singapore Airshow, Singapore, February 2010 photoset on Flickr [flickr.com].

One reply on “Zoom Zoom”