On my last trip to Israel for work I scheduled a one day layover in Istanbul — arriving at 6AM and off again at 6PM — with plans to take the time to wander around Sultanahmet and take some photos. I’ve been to Istanbul many times, it’s a great city and always worth the time. Hagia Sophia [wikipedia.org] is my favorite building in the world. I can — and do — spend hours sitting and walking around it in. 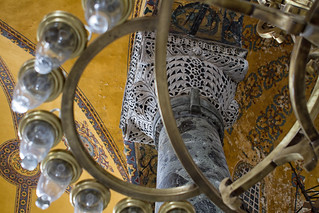 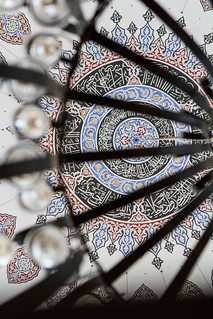 That was all I planned for this trip. A relaxing day on the way to Israel for work. I did not plan to visit Istanbul on the way home, just a quick plane change. Alas my flight from Tel Aviv back to Istanbul didn’t take off till about 20 minutes before my connection was scheduled to take off and it’s an hour-long flight.

We were met at the gate by staff but they were only interested in passengers for a couple of destinations whose connections had not yet taken off. The Singapore flight was long gone. There were about 12 people on my plane who all missed the Singapore flight. I will only say that the Turkish ground staff had no idea what to do with us and were completely lost, they could only tell us the next flight was the same one the next day, 24 hours to wait. We had to figure out, basically on our own, that we needed to get visas because the airport hotel was full, we had issues with baggage — the staff there told us it was checked through, then they told us we could get it at after we go our hotel fixed, which meant leaving the customs area (and going through the one way gate into the arrivals hall), we needed to get paperwork from the ticketing counter upstairs, etc, etc, etc. It was a fiasco. Took me two hours. I was stupid enough to believe the luggage guys and leave the customs area and then I had to use a special phone to call them back from outside and they came and escorted me back into the customs areas and then took another 30 minutes to find my bag. My flight landed in Istanbul at midnight and it was 4AM when I got to my hotel. 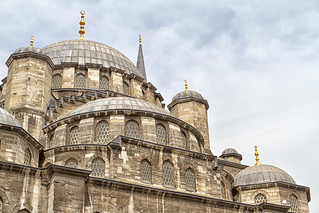 The missed flight and delay was tiring and losing a day was annoying but at least I got to spend it in a city I love to wander around it.

You can see my whole Istanbul, Turkey, April 2014 photoset on Flickr [flickr.com].