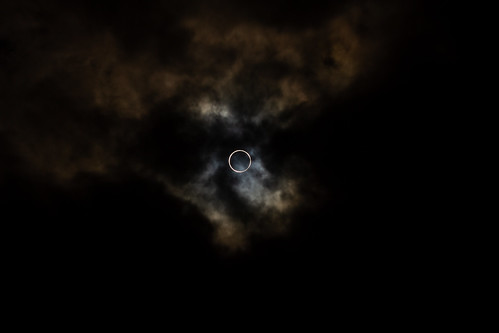 There was an eclipse today in Singapore. Unlike the last one [confusion.cc] this was an annular eclipse, so at maximum there was a “ring of fire” (aka an annulus, hence the name.)

Unfortunately some clouds rolled in just before maximum and so the eclipse was partially, and sometimes totally obscured. Still I managed to get some dramatic shots, as in a scene from Game or Thrones or The Witcher.

After cleanup I have about 90 photos [flickr.com], some taken with the 200 millimeter lens and some with a 500 mm with a 2x extension tube, so 1000 mm. The ring of fire above was taken with the 200 mm. The one below, taken just after second contact, as the moon begins to move off of the disc of the sun, shows a small dot of light at the bottom, disconnected from the rest of the crescent of the sun. Proof that the moon is not a smooth sphere. Cool. Super cool! 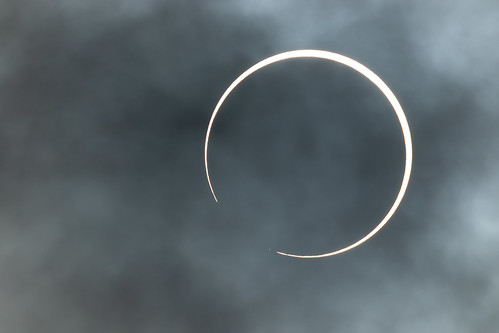