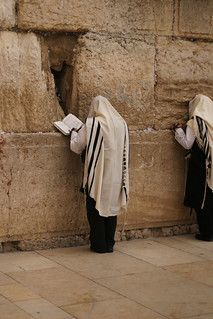 I was supposed to be in Israel for 4 weeks. Candice was supposed to come and join me for a week—and we would spend a few days in Istanbul, Turkey on the way home. Instead I spent 8 days in Israel before having to head back to Singapore to meet with a customer.

However, I did manage to spend a weekend in Jerusalem. I could have flown home on Friday but the flights were a mess and besides, I didn’t know when I would have a chance to come back to Israel (more on that later).

The bazaars of the Old City are quite interesting—once you get away from the tourist kitsch shops along the mail roads and near the Church of the Holy Sepulchre at least. many of the streets are filled with shops and hawkers selling all manner of goods from food to cloths to toys. Around Damascus Gate especially there is a lively daily market. The Old City really feels like a functioning ancient city. 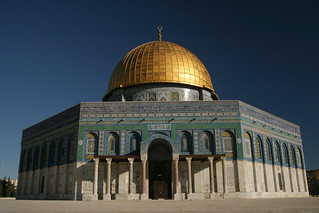 Juxtaposed against this is the new city. As soon as you leave ancient or medieval or Ottoman or whatever period they are all, walls of the Old City everything changes. The new city of Jerusalem is like any other modern city with Hotels, gas stations, super markets and traffic.

Other than seeing Israeli solders everywhere carrying M21s I was surprised that there was very few signs of the great Palestinian-Israeli conflict. I don’t know what I expected, but I expected… more. The Temple Mount was closed on Friday and Saturday to everyone but Muslims attending prayer and there was pro-Palestine graffiti all over the Muslim Quarter but I saw little evidence of the conflict. Though I did not visit any of the Palestinian lands on the west side of the city. 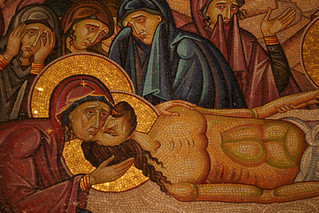 In the title of this post, and the photo set on Flickr I noted the dual nature of the Old City—and I’ve already been given crap by a guy from Israel, but I think most of world realises that Palestine will be a state one day and whatever happens the Old City is as much a part of that land as it is a part of Israel… History is history but peace will have to mean both sides can clam the city. They should let the Tibetans run the city and neither Israel or Palestine should have sovereignty over the Old City.

The best part about all of this is I am in Israel again as I write this, to finish what I did not get to do the first trip! This time I am supposed to be here two weeks. We’ll see. The El Al security staff in Bangkok recognised me… but this time it was different things that ‘set off alarms’ and had to be repacked, all things that passed inspection the first trip two weeks ago!

You can see my whole Jerusalem, Israel/Palestine, March 2007 photoset on Flickr.