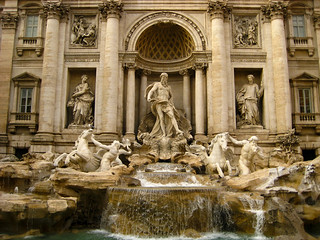 I originally drafted this post in May ’08—more than 5 month after the trip—and now it’s January ’09. So not only am I a slacker, I’m a world class slacker. But without further sarcastic self-deprecation here is a brief overview of Candice & beggs adventures in Rome [wikipedia.org]!

Rome was the last big stop on our delayed honeymoon trip to Italy. The Eternal City deserves to be the icing on the cake. I mean, this was home to Julius Caesar [wikipedia.org], Cicero [wikipedia.org], a whole list of other famous Romans [wikipedia.org], not to mention The Roman Republic & Empire [wikipedia.org]! Few places rank this high on the history scale. 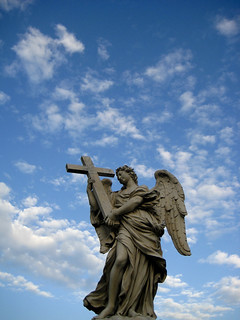 Two slightly annoying things; the Spanish Steps were covered in scaffolding. And, the number of people was amazing, I can’t imagine visiting at the height of the tourist season if late November is so crowded! 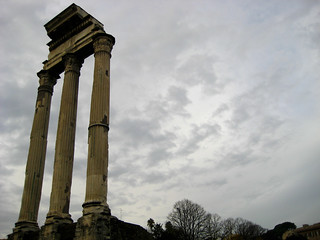 On the non-sightseeing side of things; we stayed in a very nice hotel, great view of the tops of the building leading down the Quirinal Hill to Trajan’s Forum. It was the best hotel we stayed in while in Italy, save the best for last. Most expensive too. We found a couple of brilliant places to eat, great Italian food and we at Euro-infected Chinese food at a small place near the Trevi Fountain, but off the beaten path.

Rome is definitely a city I could live in for a long time and not get tired of; the food the sights! Oh man, and the people are not as obnoxious as the Parisians. But I think Florence just beats out Rome in my list of dream cities to live in. Just walking around the streets in Rome is amazing, the palpable history and the wonderful feeling the mix of buildings give you is amazing.

You can see the whole Rome, Italy, November 2007 photoset on Flickr [flickr.com].